The Story of AYP Dog Training

From solo-prenuer to Miami's largest reward based dog training company

Applause Your Paws, Inc. was founded in 2006 by Dee Hoult (me!), top dog at AYP. I have always had dogs in my life, and realized at an early age that I could train dogs for basic obedience and manners. It wasn’t until after I finished my undergraduate degree, however, that I realized the opportunity to create a dog training company for those dog owners in Miami who wanted an alternative to “traditional” dog training. I had always volunteered my time training (and rescuing) dogs, but it wasn’t until I had one person offer to pay me that the lightbulb went off. I had never considered a career in dog training because I was so focused on going into oceanography and marine science. I realized that I had the opportunity to create something really special for dog owners in Miami.

From the beginning I knew I wanted to have a training facility, but that was a goal that would be a long time in the making. I’m not embarrassed to tell people that because of the amount of student loan debt I left college with I wasn’t able to get a loan to launch my business forward. I had to grow my business the old fashioned way — one step at a time, with determination and hard work. The first few years I was a solo-prenuer.  Although very fulfilling, my calendar quickly filled to capacity and customers were having to wait 4+ weeks in order to have their dog trained. It was a scary step, but I knew I had to hire another dog trainer to join my team. Before I could do that, I knew I needed someone to help me keep up with emails, answer the phones, and do the behind the scenes stuff that comes along with the territory of running a business. Hiring my first administrative assistant was the best move I ever made. The heart and soul she put into my business is a huge reason why I was able to continue being successful while adding trainers to my business.

Somewhere in 2013, after several years of hard work and dedication, I started to think that we would never open a facility. Even though we were running a reputable and profitable business doing private in-home lessons and group classes in the parking lots of veterinary partners throughout our Miami-Dade community, I could never seem to save enough money to put a down payment on a training space. I don’t feel like in 2013 I “gave up,” but I do feel like I had pretty much resigned to the idea that maybe it wasn’t my path to open a facility. I had accepted that I wasn’t meant to have a facility, and that I should continue to focus on the successful private in-home training business I already had. I was totally ok with that idea. But then, something really cool happened.

It was a Tuesday afternoon at 4:30PM when I arrived for a private in home lesson appointment with my client Mark, whose dog I had been training every week for the last six years. Over the years I had grown very close to this family. Mark and I talked about a lot of things throughout the years that had nothing to do with dog training, and occasionally we would discuss my business and how things were going. On that particular Tuesday, Mark asked me if I was any closer to my vision of opening a facility. When I told him I had decided to change directions, he asked what it was that was holding me back. I told him it was purely financial, and that I just felt like I would never be able to acquire enough capital to make it happen since, again, getting a loan was out of the option.

Throughout the years I have had several clients offer to loan me the capital I needed to open a training facility, but I have respectfully declined. I was certain that Mark was about to make that same, generous offer, yet what he said next was a game changer for my company.

“You’ve been coming to my house every week, one time a week for the past six years. My dog is only halfway through his lifespan, and I have no intention of you going anywhere. My dog loves working with you, my son enjoys your lessons together…”

I listened as he continued.

“How much money have I spent with you since we started working together?”

I quickly did the math and realized that it was about $13,000. Then he proposed something I would have never thought of myself.

“What’s the best deal you could give me per lesson if I prepaid a few years of training? How many clients do you have just like me? If we all pre-bought training programs, do you think that would give you what you needed to open your facility?”

And, just like that, I approached all of my best, regular customers, and had the $50,000 I needed. It was less than a few months from the time I secured all the capital I needed from pre-sold packages to the time we signed the lease to what is now our AYP Canine Training Center in South Miami. I will always be blessed to have had that client give me the idea that changed my life — the idea that hopefully will change your life, in some small way, too. I am still humbled by the handful of clients who believed in me enough to to participate in the pre-sale we did to get our doors open. You know who you are. I love you guys!

Today, my company sees approximately 40 dogs a day in between the dogs in programs at our facility and our team of in-home private lesson instructors that spend their day on the road making house calls. That’s roughly 14,000 training hours that we spend with dogs each year! How cool is that!? To think that I went from being able to help dogs 4-5 hours a day (<1,000 training hours a year) to >14,000 training hours a year is truly a blessing! Applause Your Paws isn’t just about dog training, it’s about helping people. I truly believe that and hope that our genuine love of HUMANS comes through in your interactions with my company.

Even though my company has grown to the point that I’m no longer involved in the day to day of the business (yes, I put myself out of a job!), I’m confident you’ll feel the passion, enthusiasm my genuine love for people and dogs in all of your interactions with my staff.

Learn from the top thought leaders in the industry.

Working Lines vs. Pet dogs: There is a Difference.

Researching the breed you want is always a must when choosing a new family member. People have the misconception every dog can be a house/family dog, well that is not the case when talking about working lines. Working line dogs can range from German shepherds to... 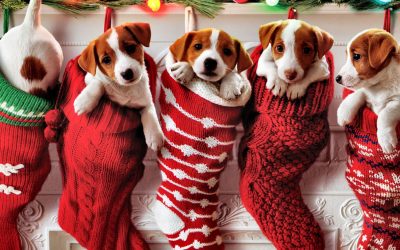 Lets talk about Christmas puppies!  We all know one person that will get a new puppy as a gift this year. Puppies are all cute and cuddly in the beginning, but it’s a life time responsibility even when they are adults....

Be Part of the Funnest Dog Joint in Miami!

We’re 100% committed to your dog’s fun & well being. Come check us out or enroll your dog today!

Your request is being sent …

Error
Talk to a Trainer