The Truth About Cats and Dogs – South Florida Dog Training 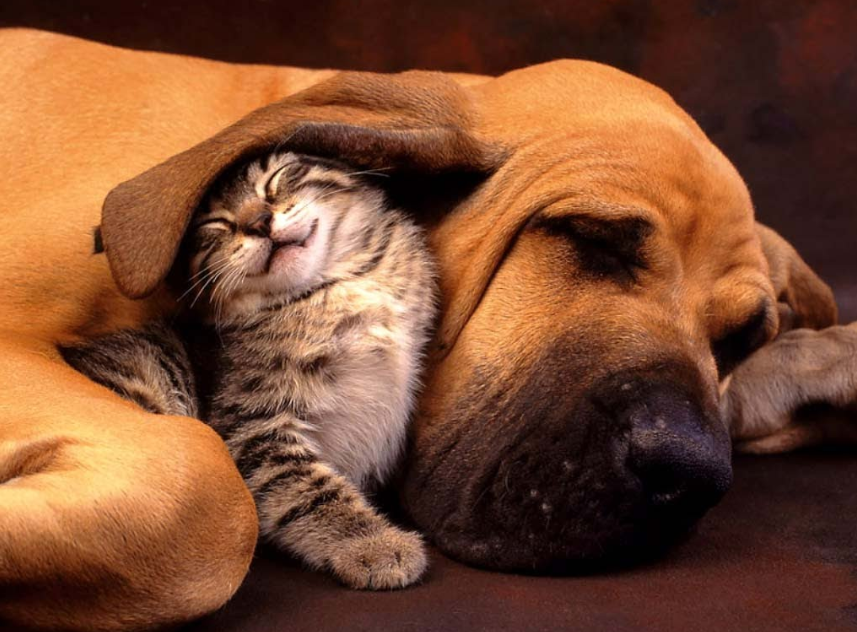 The Truth about Cats and Dogs

“Applause Your Paws Dog Training, this is Dee, how can I help you?”

“Hi, I just brought home a new rescue dog. He’s chasing the cat and my cat is terrified. I’m afraid he’s going to hurt the cat. Can you train him to not chase my cat?”

For those of you reading this who haven’t already read my article about introducing adults dog and cats, click here. I can’t stress enough how important the first impression is when you introduce a new dog into a home that already has a cat. The biggest mistake I see people make is bringing a new dog home and assuming that everything will just be okay. WRONG!

The video below is my senior aged dog Zoe, now 12 years old, and my male tabby cat cheddar. Zoe doesn’t just tolerate Cheddar, she loves his companionship. And, Cheddar doesn’t just like Zoe, he loves her companionship too. The fantasy that all dogs and cats will eventually learn to love each other, snuggle, play, etc, is simply that: a fantasty. If you bring a new dog into your home with an existing cat, or visa versa, your only goal (the realistic one) should be creating an environment that is safe and non stressful for both species. You would be beyond lucky if your dog and cat can live in peace, respect each other’s space and simply be neutral to each other. That is the realistic goal when dealing with adult animals.

But what are the scenarios that allow for the fantasy to be a reality? What would be the perfect set up if you did want to have a cat and dog that absolutely love each other?

Scenario 1: Raise a puppy and a kitten together

This is the ideal scenario. Just like dogs, kittens have to be socialized at an early age (prior to 8 weeks) in order to gain the necessary skills they need to cope with a canine companion. Unlike dogs, who can be socialized through 12 weeks of age, cats have a much shorter critical socialization period. This is why when puppies and kittens are raised together they make long-lasting bonds with each other. It is “normal” as far as each species are concerned to live with and seek companionship with each other. As babies, both being away from mom for likely the first time, puppies and kittens will naturally seek each other out as a warm body to sleep with, a play-time companion, and overall develop the same time of relationship any two kittens and/or any two puppies being raised together would. They become besties! It’s likely that now, for the rest of each animals life, each species will have no fear but only happy feelings towards the other. Someday when your cat outlives your dog (this is a reality), it should be easy introducing a new puppy into the family. Your cat already knows how to live with a dog.

Should you already have a well-socialized dog that is gentle with cats (low prey drive), raising a kitten is a cinch! I can recall Zoe, my senior aged dog, raising Cheddar for us. She allowed him to play with her tail, would correct him if he got too rough with his mouth or claws, and would allow him to sleep in her bed (warmth just like mom!). Cheddar was only a few weeks old when we rescued him. We would bottle feed him on purpose next to Zoe, and then let him fall asleep next to her with a fully tummy of milk. That is why even still, four five later, Cheddar still seeks out Zoe for comfort. Even though we were the ones providing the milk and care, he perceived Zoe to be the source of all good things because we made it a point to have him around her constantly. Because Zoe was already an adult dog when she met Cheddar, her and Cheddar don’t play. But, they do snuggle. Cheddar grooms Zoe’s ears. Did you know that dog’s who live with cats who have this type of relationship have cleaner ears than dogs who do not live with cats? I learned this once from my vet. I had no idea that Cheddar actually keeps Zoe’s ears clean! Meaning, I never have to clean her ears for her. Again, Zoe is/was an adult dog who raised a kitten. Therefor, the kitten has a very strong bond with the dog yet the adult dog is mainly neutral and accepting. There is no play relationship here.

Scenario Three: Raising a puppy with an adult cat who was socialized to dogs

Remember what I mentioned in scenario one? If you have a cat who was raised with a dog, chances are that your cat is confident around just about any low prey-drive dog. Having a dog-confident cat means that when you introduce a new puppy into your home the cat is actually going to teach your puppy how to play nice with a cat. Because your cat was raised with a dog, he already knows now to run (like a prey animal), and therefor will not trigger your dog’s natural prive drive. Your confident cat will likely correct your puppy for trying to jump on it, bite it, or chase it. Very quickly your new puppy will learn that your cat means business and is a force to be reconned with. Your adult cat will teach the dog to leave him alone, and it’s likely your new puppy will respect this. Over time, as your puppy matures (and isn’t so silly), there is a high chance that your adult cat and new puppy will become more social with each other. There is a possibly that they might play, but not the same extent that a kitten a puppy raised together would play (wrestle!).

Notice that there is no scenario that includes an adult dog with high prey drive. What makes cat-dog relationships successful is definitely the intensity of prey-drive that a dog naturally has. Some dogs have high curiosity in cats but little prey drive. Prey drive, in a nutshell, is a dog’s natural instinct to see prey, chase prey, kill, and consume prey. Many dogs who are curious will see prey, and even chase prey, but when push comes to shove they stop before even coming close to the that kill sequence. You know exactly the type of dog I’m talking about. The type of dog who sees the bird or squirrel, chases it for fun but never actually catches the squirrel. Not because they can’t, but because they are making a willing choice to just have fun by chasing. This is the type of dog that can be trained NOT to chase. This is the type of dog who is, generally speaking, safe to have around a cat un-supervised.

In my opinion, even dogs with high prey-drive can learn to be neutral to cats with enough obedience training and supervision. But it takes more than just obedience training to be able to ensure a safe cat-dog relationship when no-one is home. Unfortunately in my profession I have consulted with families whose dogs have killed the family cat, for various reasons. It it something I hope no cat & dog owner have to go through. I would be absolutely devastated if something happened to one of my cats as a result of one of my own dogs. Yet, everyday I go to bed, and leave my house with confidence that from the start I have done everything right to prevent a tragedy from happening.

With the right planning, management, training and supervision almost anyone can have a successful dog-cat outcome.

Need help with your dog or puppy? Does your dog need training to learn not to chase your cat? Call Miami’s favorite reward-based dog training company Applause Your Paws Dog and Puppy Training. 786-529-7833. training@applauseyourpaws.com. Ask us about our board and train program to get your dog’s foundations started for you so that life with kitty is that much easier! 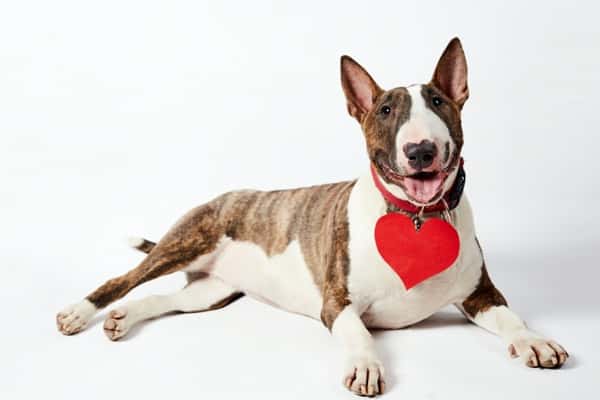